You are here: Home / Themes / America / Chemical Reactions: Make a Penny Turn Green (with free printable)
As an Amazon Associate I earn from qualifying purchases. You can read more on our disclosure page.

Chemical reactions are always surprising for kids to observe! In this science activity we’ll be turning a penny green (similar to what happens to The Statue of Liberty!) 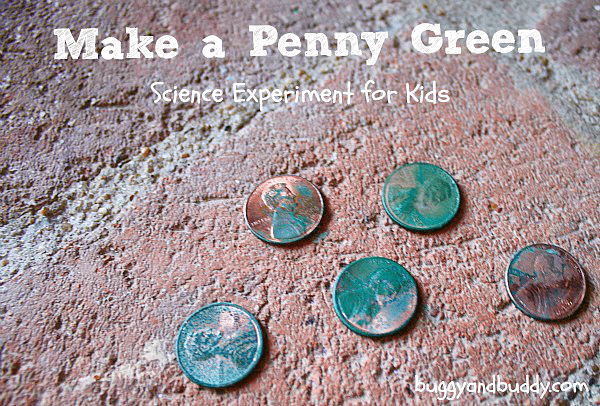 Chemical reactions are such a great way to pique a child’s curiosity. This experiment involving a chemical reaction is quite simple and always amazes kids! (This post contains affiliate links.) 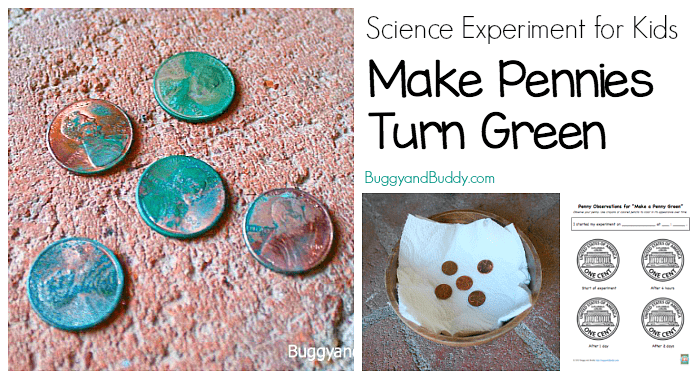 Materials for Turning a Penny Green 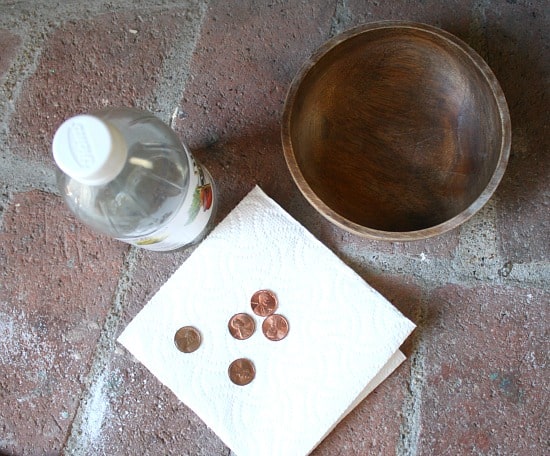 1. Fold a paper towel so that it fits inside your dish.

2. Place the pennies on top of the paper towel. 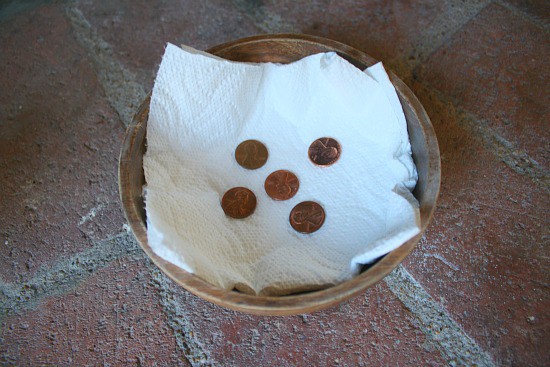 The pennies placed on the paper towel

3. Pour vinegar over the pennies so that the paper towel is fully saturated. 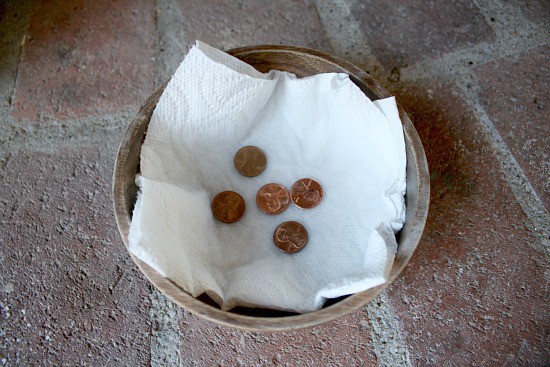 Pennies with vinegar ready to be observed

4. Observe the pennies over the next few hours and days. You can record your observations using the free printable.

We left this experiment out for a few days, adding more vinegar as the paper towel began to dry out and flipping the pennies over occasionally. The longer we waited, the more green they became!

What happened to the pennies over time? What is your theory as to why this happened?

Can you think of any other chemical reactions you’ve seen in everyday life?

A chemical reaction has occurred! (A chemical reaction is the combination of two reactants to form something entirely new.) A penny is made of copper. The vinegar on the paper towel helps the copper in the penny easily react with the oxygen in the air to form a blue-green colored compound called malachite.

This is similar to why  the Statue of Liberty (which is covered with a layer of copper) has turned greenish-blue.  The statue would naturally turn greenish-blue due to exposure to the oxygen in the air. However, because some rain has acid from pollution in it, the rain speeds up the reaction (just as the vinegar caused the reaction with the penny). 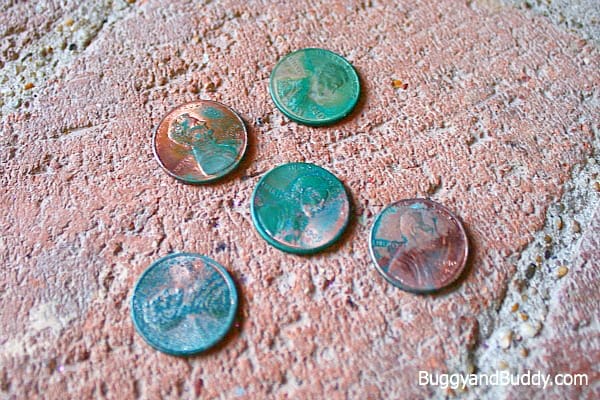 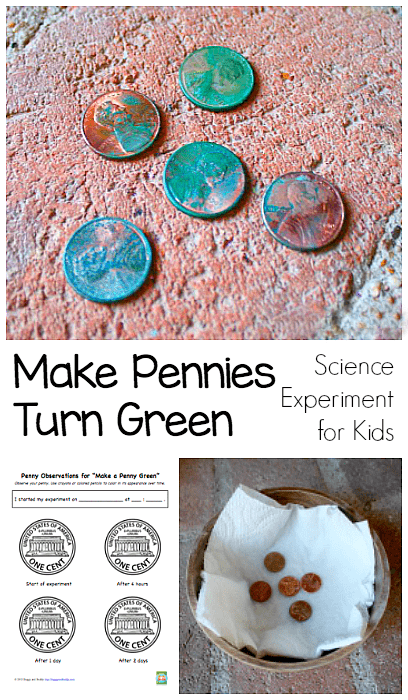