You are here: Home / By Age / Elementary / Science for Kids: Exploring the Surface Tension of Water with Paperclips

Science for kids is one of our favorite topics, and this science activity is a fun one! Kids will have fun predicting how many paperclips they can fit in a full glass of water, and actually trying it out for themselves. This science experiment exploring the surface tension of water always seems to surprise the kids! 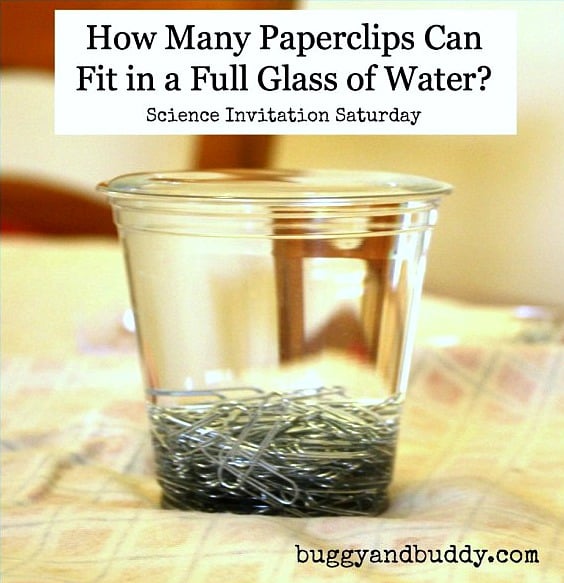 Welcome to another invitation to explore science! Last week we had fun with Dancing Raisins! This week we are going to explore the surface tension of water. It’s an experiment that’s sure to inspire a sense of wonder and curiosity in your child! (This post contains affiliate links. Thank you so much for your support!)

Are you following our Science for Kids Pinterest Board?

Science for Kids: Exploring the Surface Tension of Water with Paperclips 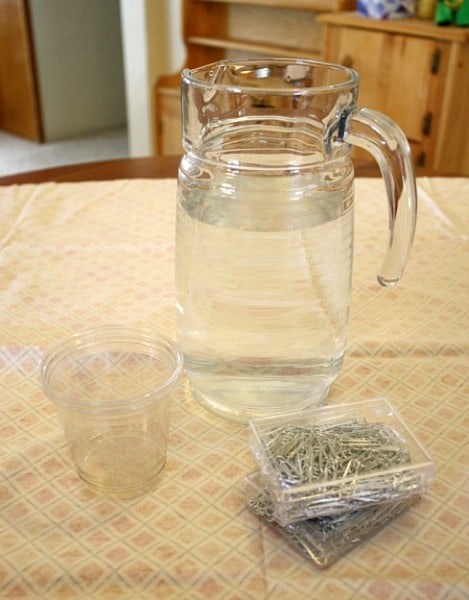 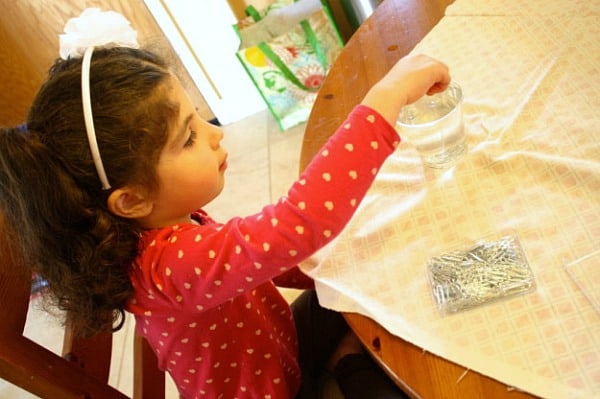 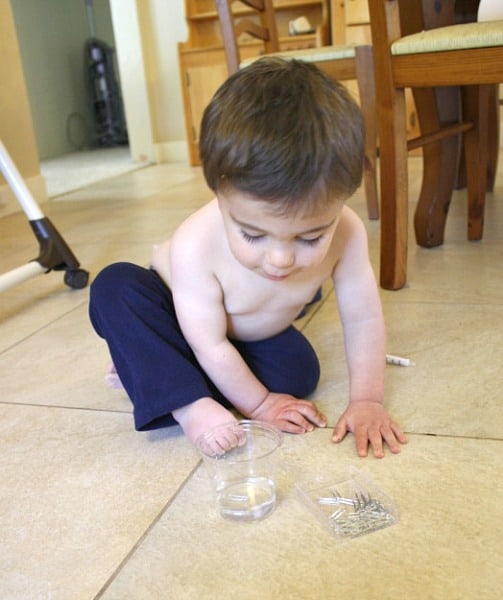 How close were you to your estimate? Why do you think so many paperclips were able to fit in the glass?

Here were some comments I caught Lucy making during the experiment: “Why is it not spilling?” ” I think it’s because they’re so tiny.” ” Look how much paperclips are in it!” ” Why don’t the paperclips float?” ~So much thinking going on!

Drops of water stick to each other. That’s why the surface of the water bulged and formed a dome when you added the paper clips, which kept the water from spilling out. This is called surface tension. Once too many paperclips were added to the cup, the surface tension was broken, allowing the water to spill over. 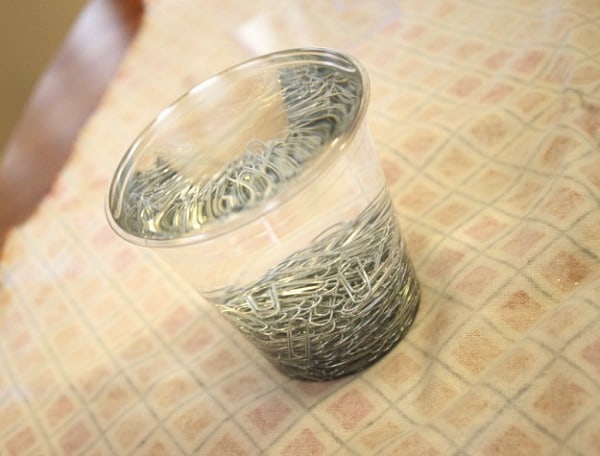 Be sure to also check out: 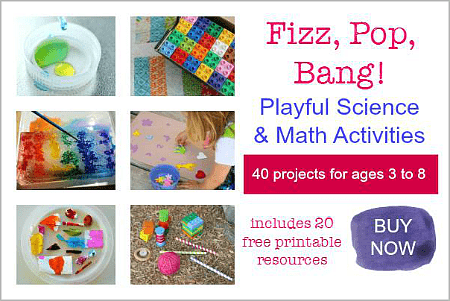