You are here: Home / By Age / Elementary / Floating Ping Pong Ball Science Activity
As an Amazon Associate I earn from qualifying purchases. You can read more on our disclosure page.

Create a floating ping pong ball with just a few materials- perfect for demonstrating the Bernoulli Principle. Both kids and adults will love this hands-on science activity! 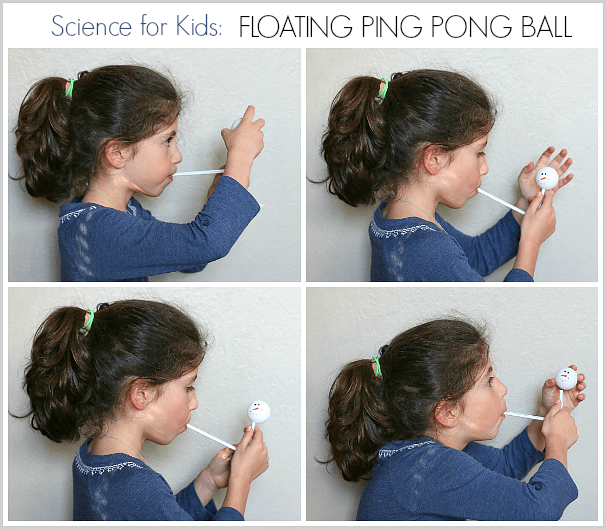 You guys are going to LOVE this science activity! We had so much fun exploring the Bernoulli Principle with our infamous ping pong ball snowmen (which we also used for this comparing numbers math game and our homemade launching levers). In this activity we used a drinking straw to make a ping pong ball float and spin in the air.

Lucy (age 6) loved practicing this over and over, and even came up with her own predictions and theories based on the activity. This activity was a bit too challenging for Theo (age 3), so he invented his own version which he seriously did four almost an hour (which I share at the end of the post)! (This post contains affiliate links.)

Whenever I  invite my kids to participate in science activities, my main goal is NOT for them to master a set concept, but simply to allow them to explore the activity in their own way. Giving this freedom to children inspires them to make predictions and critically think about the world around them in a pressure-free setting. 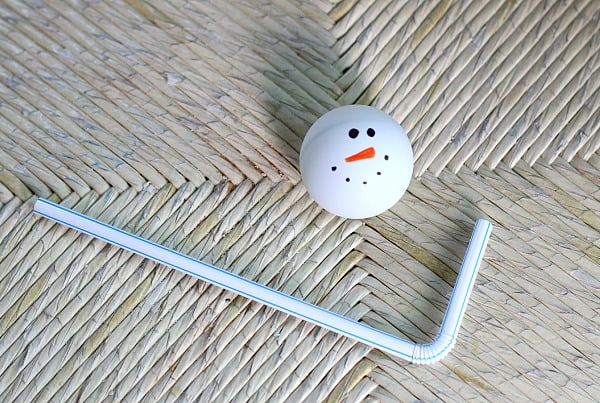 1. Bend your flexible straw at a 90 degree angle. Hold it in one hand so the short portion of the straw is at the end and pointing up.

2. Place your ping pong ball over the open, short end of the straw. 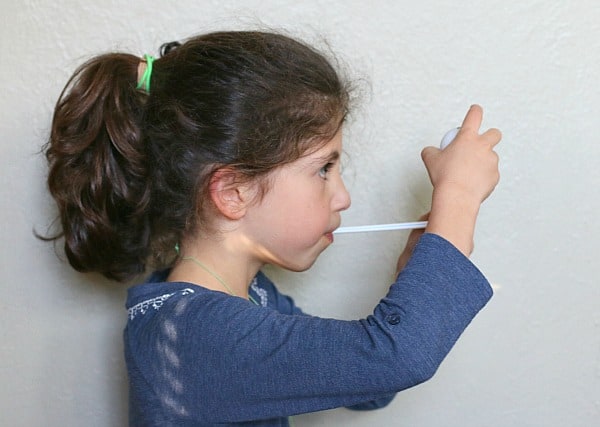 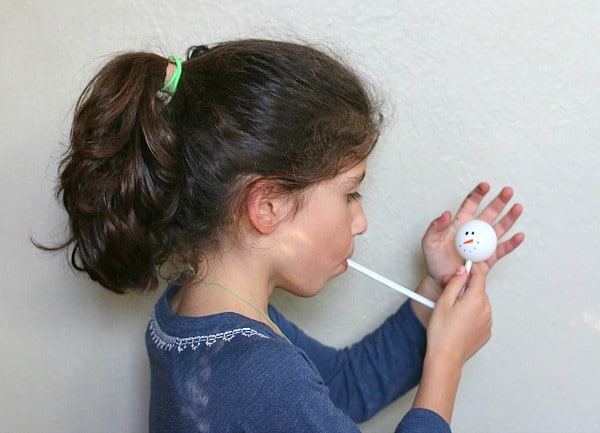 This does take some practice, but the kids soon get the hang of it! 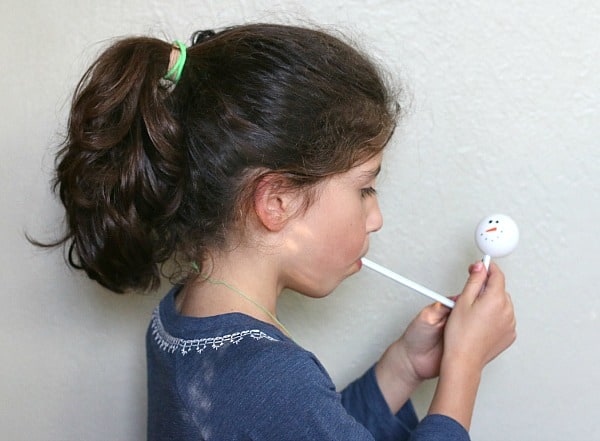 The ball stays in the air as you blow for two reasons: 1. The ball is pushed by surrounding air which keeps it in afloat (kind of like a kite flying). 2. The air from the straw keeps the ball afloat using Bernoulli’s Principle. The air moving around the sides of the ball is at a lower pressure than the surrounding, stationary air. The ball is trying to leave the area of low pressure, but the higher air pressure surrounding it forces it back into the low pressure area.

What about Younger Children?

Although this activity might be too challenging for younger children, they can still have some fun with the materials. Theo decided to use his straw to blow the ping pong ball around the floor of the house! He explored how the ball moved differently when he blew softly versus strongly. Our chairs (and messy floors covered in toys and laundry) provided fun obstacles for him to try to get around!

Be sure to check out all our Science Activities for Kids on Buggy and Buddy!