You are here: Home / Play / Invitations to Play / Rocky Shore Small World with Ocean Playdough
As an Amazon Associate I earn from qualifying purchases. You can read more on our disclosure page.

Here’s an easy small world scene to set up this summer for the kids- our rocky shore small world with ocean playdough! It’s a fun tide pool sensory activity to inspire all kinds of creative play. 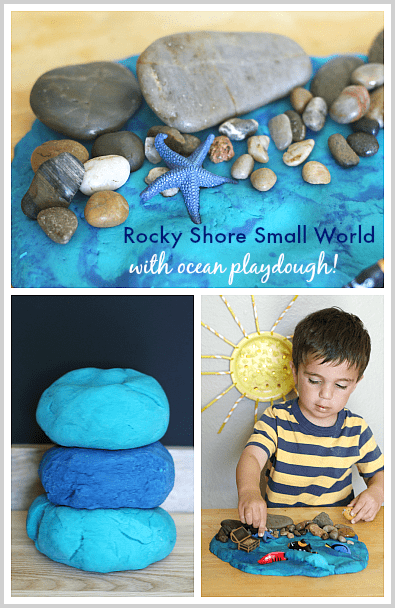 Over the next few weeks we’ll be doing all kinds of tide pool and beach activities. I thought it’d be fun to give the kids a chance to play with some of the materials we’ll be using in those future projects by creating this rocky shore small world! (This post contains affiliate links.) 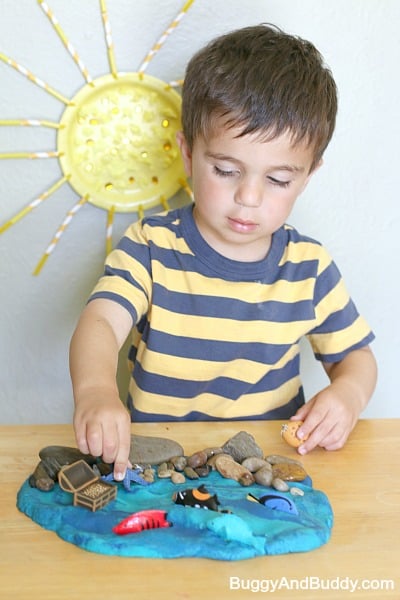 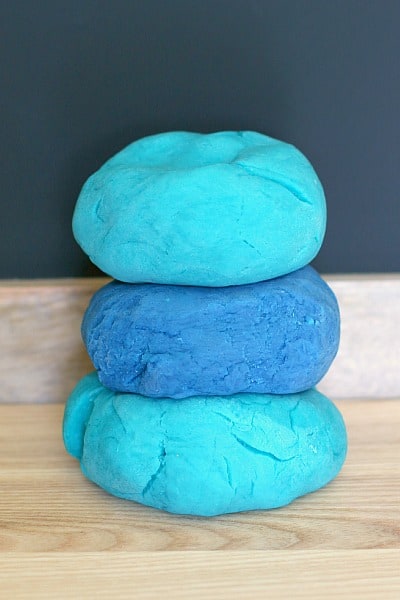 Flatten your batches of playdough and place them in layers like a playdough sandwich!

Roll it up and flatten it again. 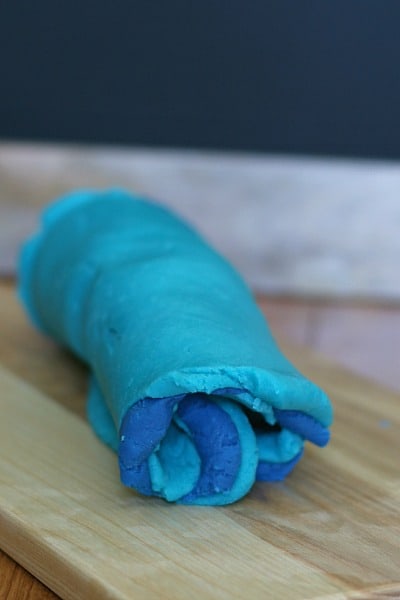 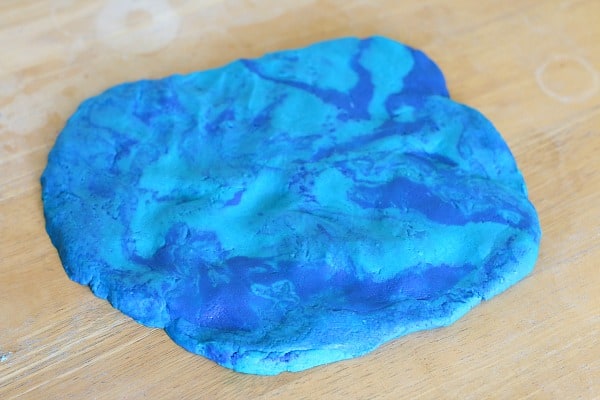 I added some rocks and toy sea animals to the play scene and invited the children to come and play! 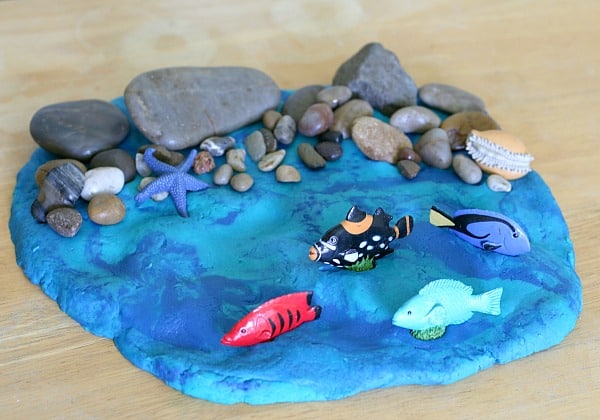 I love how small worlds allow for kids of all ages to play together. Theo and Lucy both had a blast with this small world. 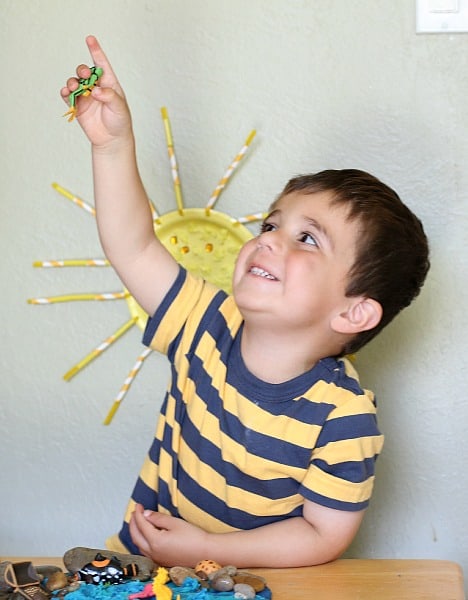 Theo started by poking holes into the “ocean”. 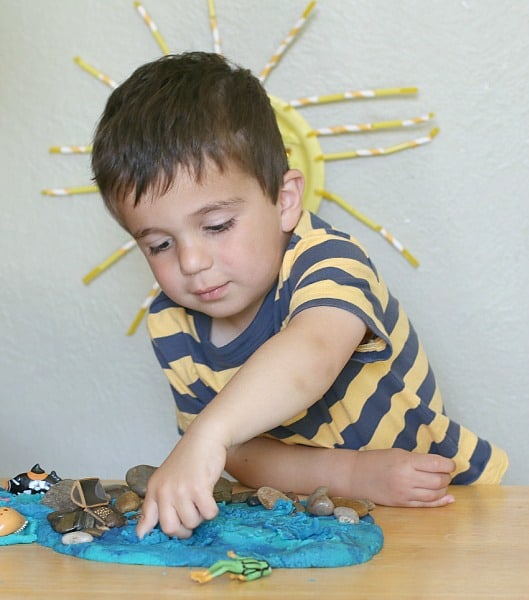 Then the kids became involved in all kinds of imaginative play with the animals. 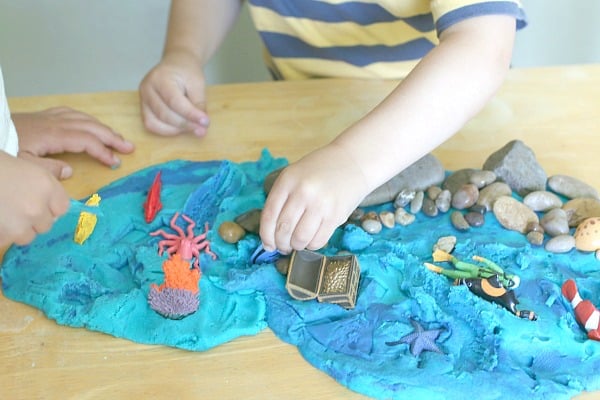 Parts of the ocean became quite wavy! 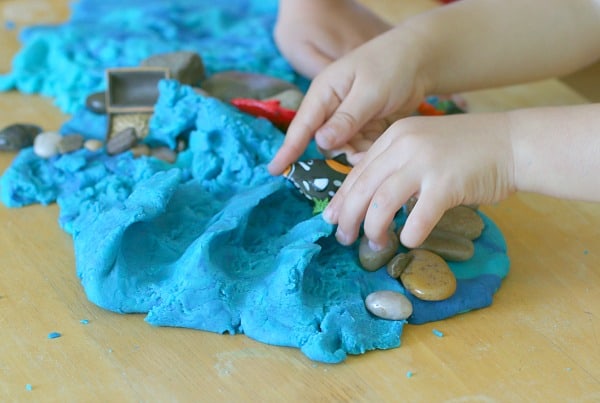 Later on during play, the kids developed a hide-and-seek game. They would take turns hiding stones and animals in balls of playdough and then opening them to discover what was hidden! 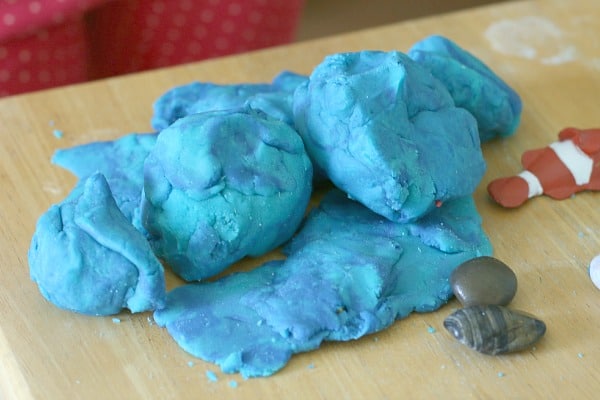 Once they were done playing, we separated the rocks and toy figures out of the playdough to save for some upcoming activities. We also placed the playdough into some plastic containers to save for another day!