You are here: Home / By Age / For Parents / Stuffed Felt Alphabet Letters (Sewing Tutorial)
As an Amazon Associate I earn from qualifying purchases. You can read more on our disclosure page.

These stuffed felt letters are our absolute favorite homemade toy (both kids learned to spell their names using them). These felt letters make a great homemade gift for a birthday or for Christmas and are a wonderful addition to a preschool classroom too! Here’s how to make your own set of felt stuffed letters perfect for practicing the alphabet. 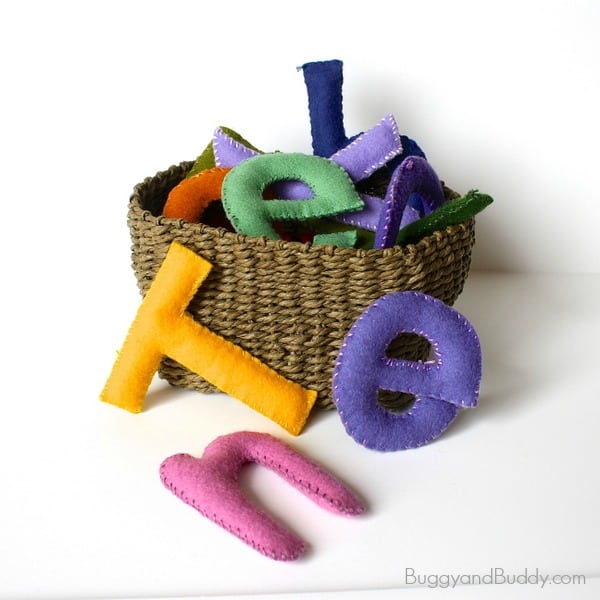 *This post was originally published on September 27, 2012 and has been updated.

Both my kids have loved playing with these homemade stuffed letters! My daughter used these felt toy letters to learn to spell her name, and my son is using them now to practice letter recognition and letter sounds. I love the sensory aspect of these hands-on ABC manipulatives and how this easy sewing project can turn into a wonderful and educational toy! (This post contains affiliate.)

1. Type and print the letters you’ll be making to create letter templates. I played around with different fonts until I found one I liked. (This set is made using Arial and the size is 420.)

2. Cut the letters out from the paper and trace them onto the felt. (I love using 100% wool felt! It’s very soft and feels good to work with.) 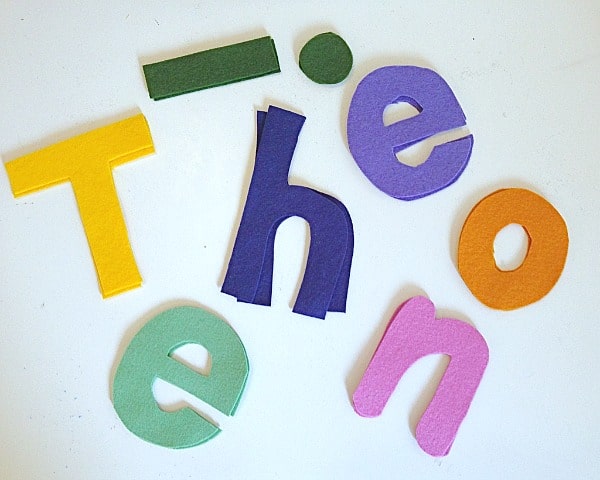 Make sure to make two of each letter for a front and back! 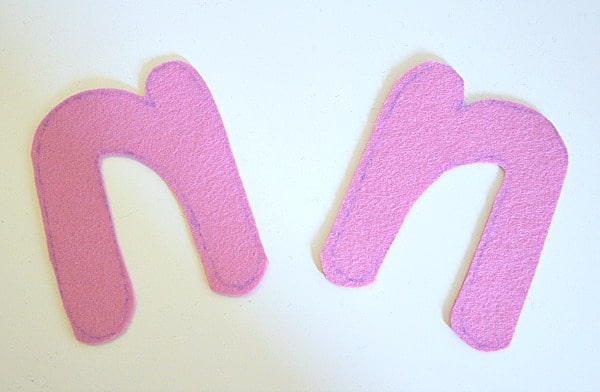 3. Pin the letters together. 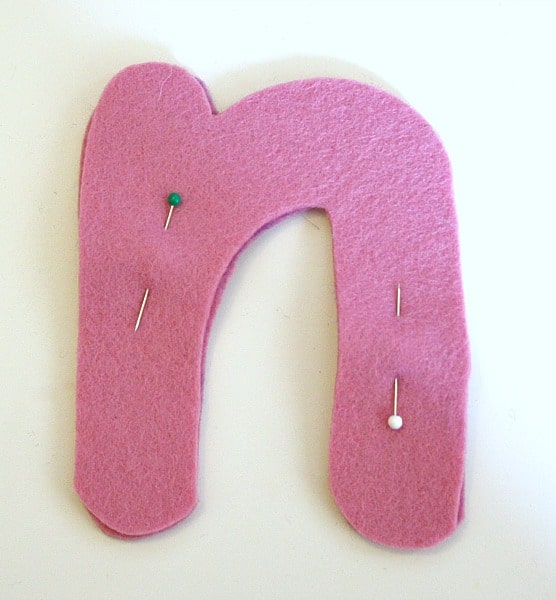 4. Find some matching embroidery thread and thread your needle. (I had a huge stash from when I actually had time to do embroidery in the past, so I searched for the closest matches I had to the felt. There are 6 strands in the embroidery thread I used~ I pulled it into two sets of three for this project.) 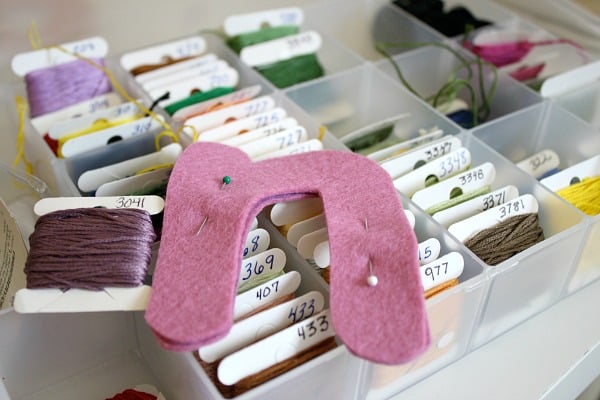 5. Stitch around the edge of the pinned letters using a simple whip stitch. (Here’s a tutorial if you are unfamiliar with this kind of stitch.) 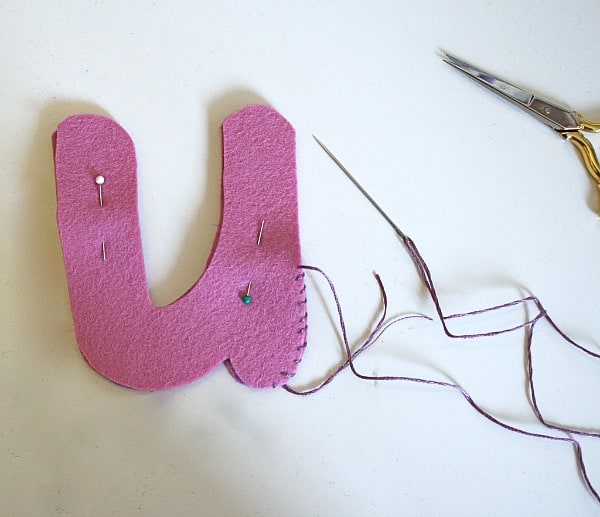 6. Before finishing the letter, stuff it with your stuffing. I used a fiberfill similar to this 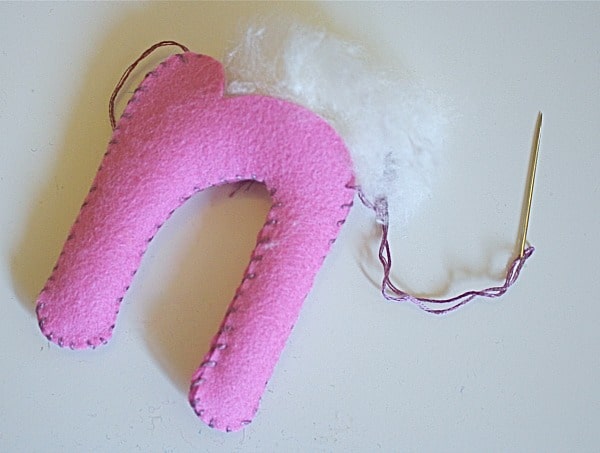 7. Sew up the remainder of the letter and tie it off. 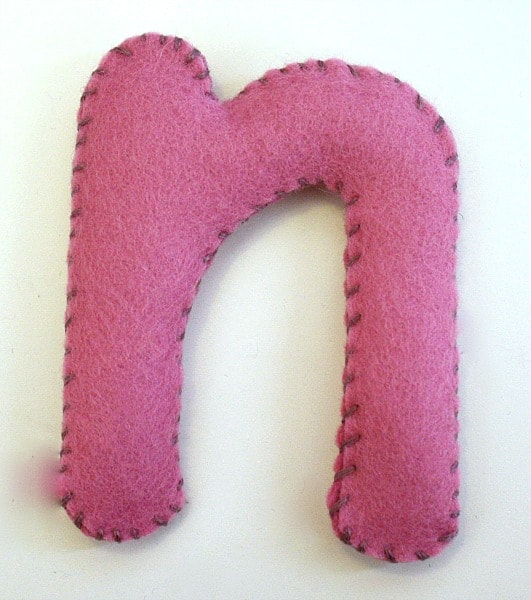 Here are all the completed letters! 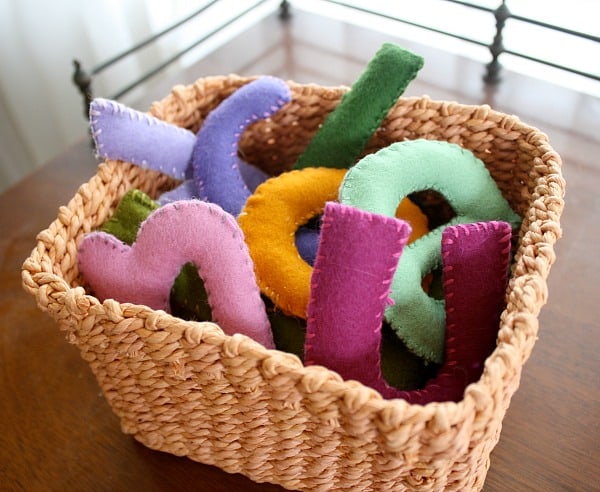 Lucy and Theo enjoyed playing with the completed felt letters. My next goal is to do the letters for our long, 9 letter last name and then finally the rest of the alphabet! 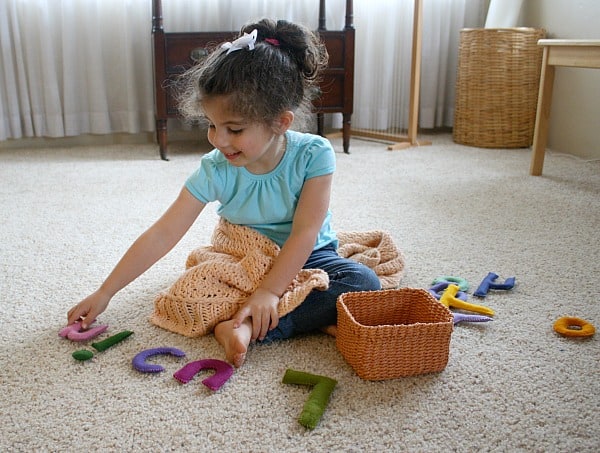 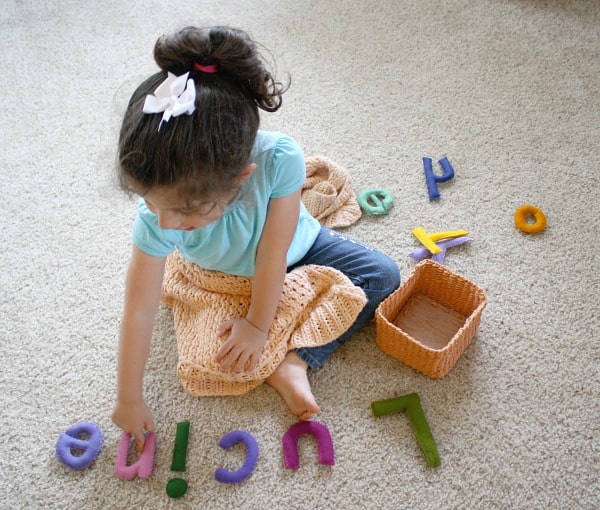