You are here: Home / By Age / Preschool / ABC Sidewalk Chalk Game
As an Amazon Associate I earn from qualifying purchases. You can read more on our disclosure page.

Kids will love practicing the alphabet with this ABC sidewalk chalk game! It’s a fun and easy outdoor game that allows for all kinds of practice in gross motor skills, letter recognition, name practice, spelling practice, and more! 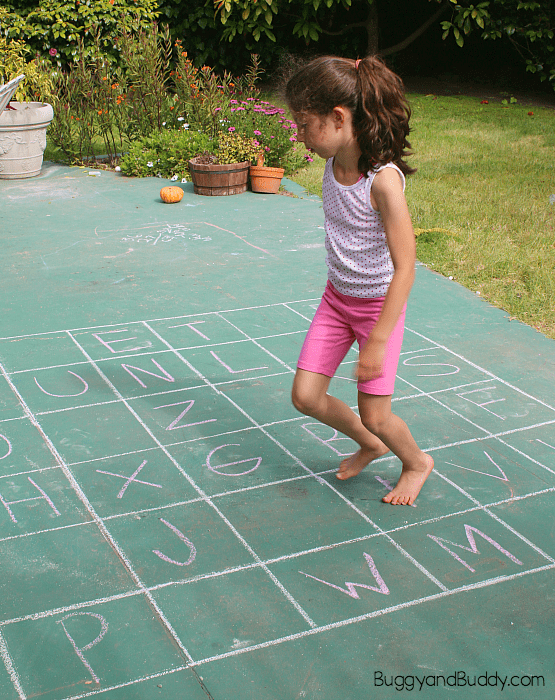 Here’s a super simple ABC sidewalk chalk game you make out on the patio or driveway. All you’ll need is some sidewalk chalk and, if you’re particular about straight lines, a yardstick. (Otherwise, you can just wing it!)

It can be used to practice all kinds of things like reciting the alphabet, practicing letter recognition and letter sounds, spelling words, and more!

Start by making the board. Use your chalk and yardstick to create a 6×6 grid so you end up with 36 spaces. 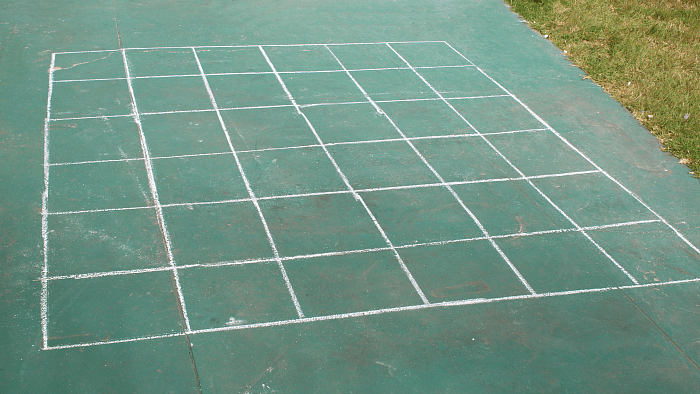 Next, write each letter of the alphabet onto the grid, placing one letter inside each space. Rather than putting the letters in order, you’ll want to scatter them throughout the board. Be sure to leave blank spaces scattered as well. (These are free spaces.) 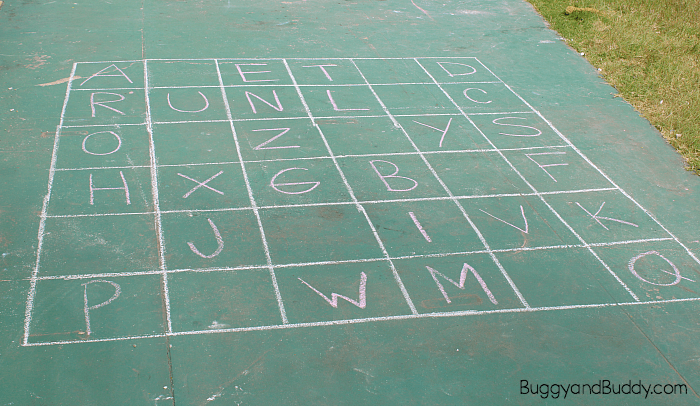 Now it’s time to play! Stand on the letter ‘A’. Try to jump to the letter ‘B’. If it’s too far away, you can jump on a free space first and then to the letter ‘b’. Continue doing this until you’ve completed the entire alphabet. 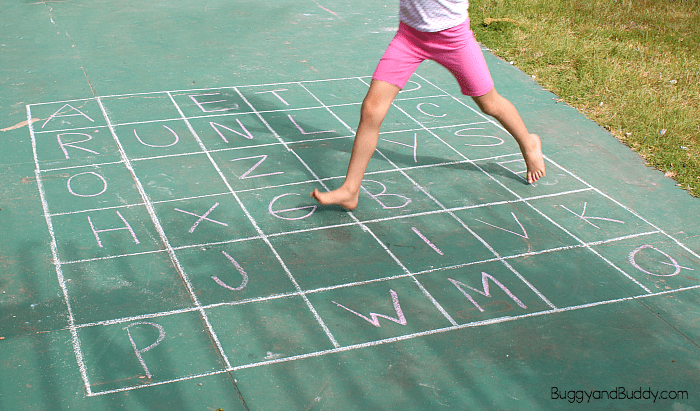 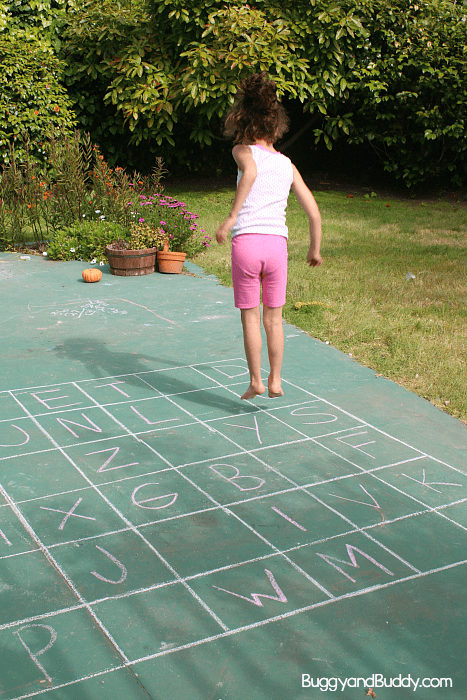 Over time my kids always end up coming up with even more ideas and rules as they play. I love seeing the ideas they come up with!