You are here: Home / Learn / Literacy / Children's Books & Activities / Storybook Character Pumpkins: Possum Magic by Mem Fox
As an Amazon Associate I earn from qualifying purchases. You can read more on our disclosure page.

We were inspired by one of our favorite Mem Fox books, Possum Magic, to create these storybook character pumpkins of Hush and Grandma Poss for Halloween! This post contains affiliate links. 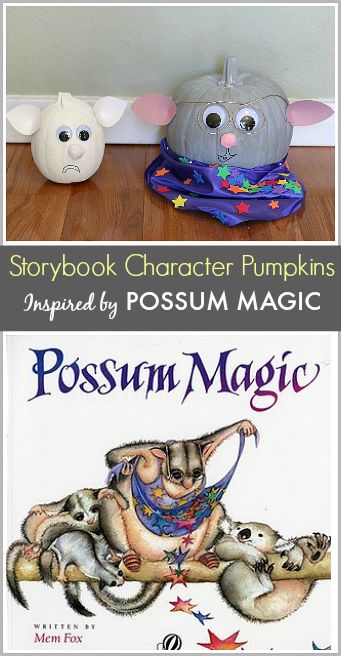 When Lucy found out her next school project was to decorate pumpkins based on a storybook character, she immediately decided she wanted to make Grandma Poss and Hush pumpkins from Mem Fox’s popular children’s book, Possum Magic! 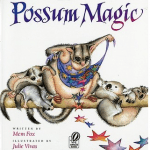 It was such a fun project to do together, and I loved that it was very kid-friendly. Lucy was able to do most of it all on her own!

1. Paint your pumpkins using the tempera paint. We mixed some black and white paint to make a light gray for the larger pumpkin, Grandma Poss. We pained Hush white since she was invisible throughout most of the story. 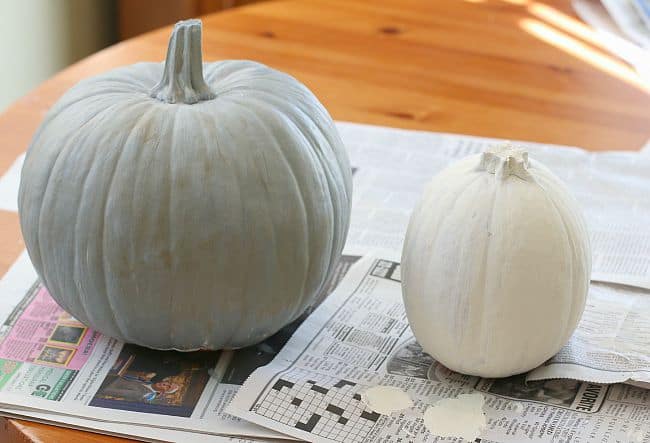 2. Cut out two sets of ears from your poster board and paint them.

3. To make the ears 3-D, make a small snip in the bottom of the ear, fold the two flaps over one another and glue or tape in place.

4. To make Grandma Poss’s scarf, fold a square piece of purple fabric or felt in half to form a triangle. Stick star stickers all over the visible part of the scarf. 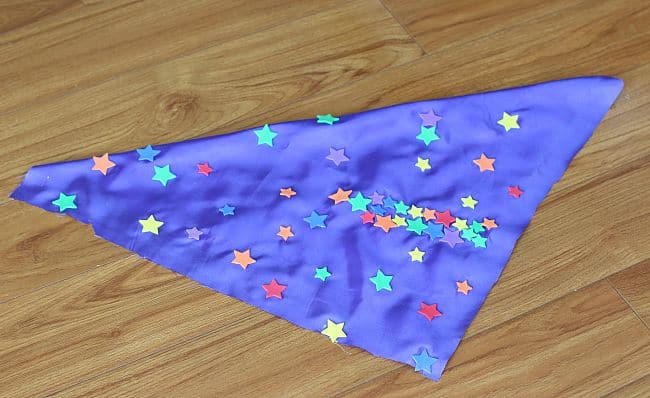 5. Glue or tape the ears, googly eyes, and pom pom noses onto your pumpkins.  Use your black Sharpie to draw the mouths. Tie your scarf onto Grandma Poss.

6. Use some wire to make glasses for Grandma Poss and hang them over the ears. You’re done! 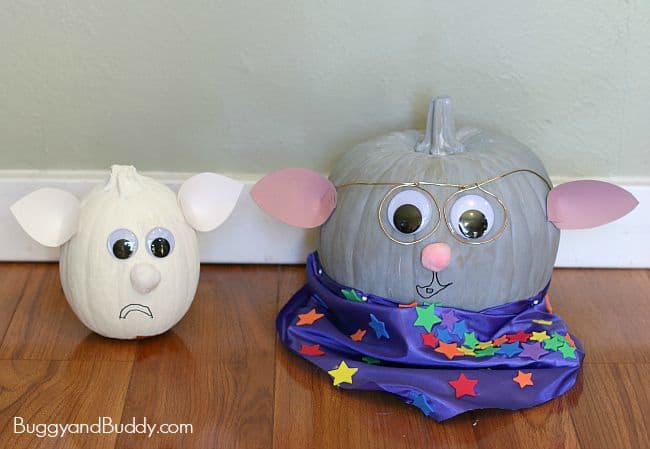